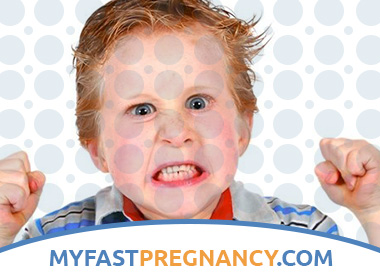 What is Rabies in Children?

Rabies (also known as rabies hydrophobia – hydrophobia) is an acute viral disease that is transmitted by a human bite to an infected animal, manifested by damage to the nervous system and the development of severe encephalitis, which leads to death.

A person can infect a person in very rare cases. Because the infection is classified as a zoonotic, mostly humans are transmitted from dogs when they are bitten or when saliva hits the skin. Infected animals can be contagious 10 days before the first signs of illness. But the highest danger occurs at the peak of the symptoms. Dog bites in the head and face of a person are very dangerous, as well as torn and deep wounds.

You can protect yourself from contamination with thick shoes and clothes. Most of the cases of infection occur in the summer and autumn, because it is during these periods that people are most in contact with wild animals and stray dogs. It should be remembered that not every bite of an infected animal guarantees a child’s rabies.

Before the use of rabies vaccines, less than 1/3 of the bitten “rabid” animals fell ill. The greatest number of diseases accounted for children 7-12 years.

Causes of Rabies in Children

The causative agent is a virus from the family of rhabdoviruses of the Lyssavirus genus. The virus is RNA-containing, its size is from 100 to 150 nm. The rabies virus can be “wild” (“street” and fixed. The latter was obtained by L. Pasteur. The human pathogenic virus for both humans and warm-blooded animals.

In the nervous tissue of people and animals who have died of nerve tissue, specific cytoplasmic inclusions are found – Babes-Negri little bodies, which are clusters of virus colonies. The virus is unstable. He dies within 2 minutes of boiling. Infected objects can be quickly disinfected with ordinary disinfectant solutions. The virus is resistant to low temperatures and can also be stored in dried form.

Pathogenesis during Rabies in Children

After infection in the human body, the virus begins to multiply in the muscles at the site of the bite. Then it tends to motor neurons. How quickly he reaches them depends on where the infected animal bit the person. If the bite occurred in the face or in the head, the virus enters the central nervous system in just 15-20 days. If a small dose of the virus has entered the body (for example, with an insignificant bite), the virus enters the CNS only after a few months, with a maximum of 1.5 years. When it enters the CNS, the rabies virus is retained in the tissues of the brain and spinal cord, mainly in the neurons of the medulla oblongata, the base of the brain, the ammonium horn.

In the spinal cord, the posterior horns are most affected. From the CNS, the virus centrifugally along the nerve trunks reaches the salivary glands, where it multiplies and is secreted with saliva.

Pathomorphology
The virus leads to morphological changes that are maximal in the central nervous system. It causes a plethora of blood vessels, swelling and swelling of the substance of the brain, forms areas of hemorrhage in the medulla oblongata, in the area of ​​the ammonia horns, spinal cord, cerebellum. Defeat does not apply to the cerebral cortex. Histological examination shows focal encephalitis with a predominant lesion of gray matter, mainly in the stem part.

Symptoms of Rabies in Children

There is a strictly sequential change of the three periods of the disease: prodromal, arousal, paralysis.

The prodromal period begins with aching and pulling pains at the site of infection in the body (the bite site), as well as pain along the nerves. The scar can burn, itch, itch, blush and, in some cases, even swell. The sick child complains of headaches, general malaise, nausea.

The onset of the disease is characterized by the following symptoms:

In frequent cases, the child is depressed, withdrawn and inhibited. He may refuse to eat, sleep badly. Older children complain of dark thoughts and horrible dreams. The first period of the disease – prodromal – lasts from 2 to 3 days (maximum – a week). The end of the period can be marked by bouts of anxiety with short-term difficulty in breathing, chest tightness, accompanied by tachycardia and increased breathing.

The second period – excitement – is marked by hydrophobia. Attempts to drink, and then only one type of water or mention of it, cause a convulsive spasm of the pharynx and larynx in a sick child with rabies. At this time, the patient may scream away a mug of water, throw his hands forward, throw his head back, etc. This seizure is characterized by the fact that the child’s neck is stretched out, his face is distorted as if in agony and becomes bluish due to respiratory muscle spasm. Eyes bulged as if frightened, there is dilated pupils, breathing in the air is difficult.

At the peak of the described attack, cardiac arrest and respiratory failure may occur. The duration of the attack – a few seconds, after which the state of the child at first glance improves.

Further, convulsions of the muscles of the larynx and pharynx can occur even from air movement (aerophobia), bright light (photophobia), or loud words (acoustic phobia).

During attacks, the sick child behaves like a “mad.” Consciousness is clear only in the period between attacks, and at the time it is darkened. In the period of excitement, a person can splash saliva, because the tone of the sympathetic nervous system rises, because salivation increases dramatically, and the patient cannot swallow saliva, since the muscles of the pharynx are spasmodic.

Without timely, correct treatment, signs of dehydration are increasing, facial features are sharpening, and body weight is decreasing. Body temperature can increase significantly, there is a chance of cramps. The stage of arousal lasts 203 days (in rare cases, 4-5 days). During one of the attacks is usually fatal. Occasionally the patient lives to stage III of the disease.

The third is the period of paralysis, which is characterized by calming the child. Hydrophobia retreats, consciousness clears up. But this is only visible well-being, because Apathy, lethargy, depression become obvious and growing. Then there is a breakdown of the pelvic organs, paralysis of the limbs and cranial nerves. The body temperature of the child in the third period of rabies is at most 42-43 ° C. Blood pressure lowered. Death due to paralysis of the cardiovascular and respiratory centers occurs by the end of the first day.

There are typical and atypical forms of rabies. Atypical include cases when the patient does not show hydrophobia and arousal. Atypical are divided into cerebellar, bulbar, meningoencephalitic, etc. The periodization of the disease in these cases is violated. At the acute stage, ascending paralysis with weakening and disappearance of tendon reflexes or progressive bulbar disorders with rapidly advancing paralysis of the respiratory and cardiovascular centers, etc., is manifested.

Diagnosis of Rabies in Children

In order to diagnose rabies, the physician must be notified of all the bites of the child by dogs or other animals. The doctor draws attention to the general excitability, bouts of hydro-, aero- and acoustic-phobia with motor restlessness. Rabies is also diagnosed in children by the appearance of pain in the bite area during the first period of the disease, after which mental disorders, difficulty in breathing and swallowing occur.

Conduct laboratory diagnostics, namely the method of fluorescent antibodies. This is how viral antigen is detected in cornea prints (intravital test) or brain and salivary gland prints of dead people and dead animals. Today, the histological method is also important, with the help of which Babesh-Negri bodies are found in the imprints of brain tissue taken in the area of ​​the ammonium horns.

Used to diagnose rabies biological test – the allocation of rabies virus from the brain and salivary glands of white mice after intracerebral infection of material from patients. Serological diagnosis is carried out using methods such as PCK, PH, RPGA and ROME.

A differential diagnosis of rabies with other diseases that are also accompanied by encephalitis should be carried out. For example, with herpes, enterovirus, arbovirus, other neurotropic infections. It is easier to diagnose rabies in children if there are signs of an isolated lesion of the brain stem with preserved consciousness and no symptoms of a volumetric process.

Treatment of Rabies in Children

Therapy is not developed. Weak effect gives the introduction of large doses of specific rabies immunoglobulin and leukocyte interferon. To relieve the suffering of a sick child, treat the symptoms. The patient should be placed in the ward or a separate box in which the external environment minimally affects the child. It is necessary to minimize noise, bright light and the flow of air.

Reduction in excitability of the central nervous system is achieved thanks to sleeping pills, anticonvulsant and painkillers. It is necessary to normalize the water balance in the body. In the paralytic stage, doctors prescribe the use of agents that stimulate the activity of the cardiovascular and respiratory systems. It is recommended to use hyperbaric oxygenation, cerebral hypothermia, controlled breathing apparatus with full curarisation of the patient. But all treatments have a weak effect. The patient does not recover, but his life is extended a maximum of several months. The lethal outcome is predetermined by the severity of the brain stem lesion with the destruction of vital centers.

Prevention of Rabies in Children

In preventive measures, the identification and destruction of rabies animals is important. You should also prevent the child from becoming ill after being infected with rabies. Veterinary-sanitary inspection includes mandatory registration of dogs with their mandatory immunization against rabies, a reduction in the number of predators around human habitation, the extermination of stray dogs and cats, timely laboratory diagnostics, sanitary and veterinary propaganda, quarantine at the source of infection.

Preventive measures after the bite are individual. If the child has been bitten by a pet, it should be determined whether the bite was provoked. Animals are monitored to clarify anamnesis for rabies. If it is determined that the animal that bit the child is healthy, prevention of the child from rabies should not be performed. If the pet has disappeared after the attack on the person, as well as if the child was attacked by a wild animal (wolf, raccoon, fox, etc.), it is necessary to conduct anti-rabies activities. These include the introduction of rabies vaccine and rabies immunoglobulin, local treatment.

For passive immunization use:

Active immunization is carried out using:

With the first dose of vaccine, rabies immunoglobulin is usually administered to provide immunity from the moment of initiation of treatment to the active production of antibodies to the vaccine. In the absence of a human rabies immunoglobulin, rabies y-globulin should be administered as a carrier of passive antibodies, but before this a mandatory test of the sensitivity of the child’s body to the foreign protein is carried out.